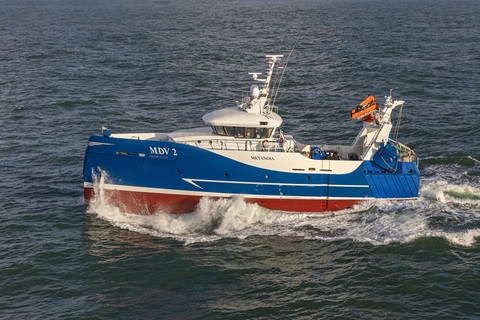 The MDV2, a sister ship to the previously built UK225, is a further development of the MDV1. There is great satisfaction with the MDV1, but there were still points for improvement here too. The MDV2 is built the same as the UK225, except for some minor points of personal preference. For example, the separator has been moved and the sewage system has been adapted. Furthermore, the MDV2 uses single-net net rolls whereas the UK225 opted for split-net net rolls.

Article about the MDV2

If you are interested in one of these ships or if you have your own ideas or plans, we invite you to contact Hoekman Shipbuilding.